What happens in Vegas…is a zombie apocalypse as Microgaming’s Lost Vegas UK Slot lets you decide whether you want to use your brain or eat that of others as the walking dead bring many chances to win real money. The backdrop to the reels displays a deserted Vegas casino that appears as if a zombie hurricane passed through the slot machines and the gaming tables. The symbols are divided between either human survivor or zombie mode. Humans are a pilot, a cute lady, a man holding a gun, a lady with a baseball bat, and a guy with a golf club. In zombie mode there are: Elvis zombie, a camera man, a nurse holding a needle, a dancer, a bride & groom, as well as a Wild and a hazard sign Scatter symbol. The chase goes over 5 reels, 3 rows, 243 paylines, up to 100 continuous AutoSpins, a 95.77% RTP, and a bet span between 30p and £45. There is a side of dark humour to Lost Vegas casino slot. A zombie fist of cash can randomly award a prize. 3 or more Scatter symbols ‘resurrects’ the Bonus of up to 50 Free Spins. Survivors have a ‘stash feature’ that removes lower paying symbols, while zombie mode has an ‘infection feature’ that involves stacked symbols and contaminate other Wilds into stacks for wins. Overall, it’s a great brain…uh, game. 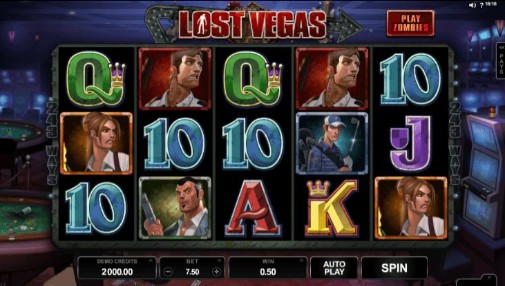 Based on the iconic 1980s Sci Fi horror movie and subsequent sequels, Aliens Online Slot sends you aboard the doomed space ship to battle the evil extra-terrestrials for major rewards to be won. The graphics combined with the scary tune creates a tense energy that is sure to get your chest pumping, and maybe even burst. The symbols consist of a reddish alien, and aliens that are yellow, greenish, turquoise, and blue, as well as a Wild. The ship stretches over 5 reels, 3 wagering-rows,15 ways to win, a return to player of 96.4%, AutoSpins, and a bet range from15p to £150. The Bonus involves 3 different levels to pass through and survive. These are The Search, The Encounter, and The Hive. These bonuses grant rewards of Free Spins, multipliers that go up to x240 your original wager, and coin prizes, especially if you defeat the Queen Alien at the end. 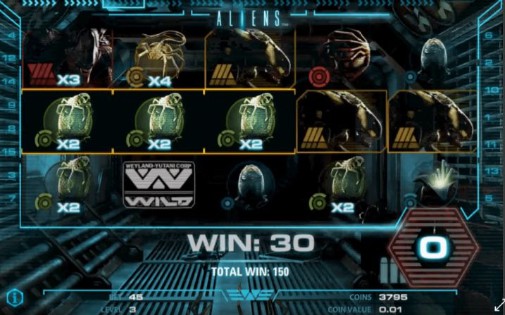 Get zapped with numerous ways for awards in Blueprint Gaming’s Mars Attacks! Online Casino, as you fend off an Martian invasion. Tim Burton’s zany SciFi film acts as the model for Mars Attacks! online with a backdrop displays the White House with UFOs hovering above in the red skies as the sun sets. Symbols are of a logo, the Martian king, a television broadcasting the Martian message, an actual eyeball, a burnt skeleton is the Wild, and there is a Martian Scatter. The fight for humanity wages across 5 reels, 3 rows, 20 ways to win, an estimated 96.44% return to player, and a betting span from 10p to £200. The logo may be made as stacks on the reels, and there is also 1 out of 5 featurettes to trigger – stuck winning combination respins, an expanding reel of a max 3,125 paylines, a Wild win, and a symbols switched for a guaranteed win. At least 3 Scatter symbols activates the Bonus with an addition 1 out of 5 features that are multipliers, coin payouts, expanded reel Free Spins on a 5x4 grid, and a Jackpot King bonus that awards a multiplier of an exciting x10,000. 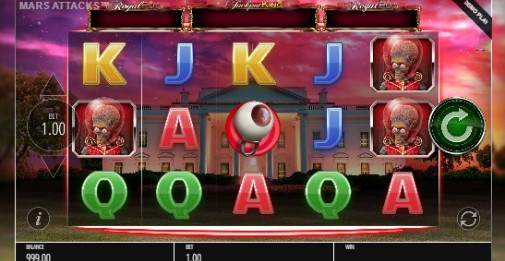 Whether planet earth no longer exists or life now is in space, in Yggdrasil’s Incinerator UK Casino you are tasked with cleaning up all the space waste and turn it into incredible award opportunities. The reels are set against a futuristic junk-disposal machine that tidies up the cosmos. As with all Yggdrasil titles, the beautiful visuals blend perfectly with the sound effects and music to create an all immersive environment. The symbols are composed of the different space rubbish: a bluish cylindrical engine, a red square, an orange metal piece, a yellow triangle junk, a purplish droid-robot, red junk, and a logo Wild. The clean-up happens over 5 reels, 3 wager-rows, 20 ways to win, a return to player of 96.1%, and a betting span between 20p and £200. For each spin, the trash symbols fall and are swapped by more junk above, with hidden gems for exciting reward – just like the saying ‘one man’s trash is another’s treasure’. This collapsing reel set-up can create multiple re-spins for subsequent wins. 3 back to back wins will activate a Wild arrangement whereby the symbol pattern that is shown to the left of the reels will be replicated on the reels themselves for a high award. 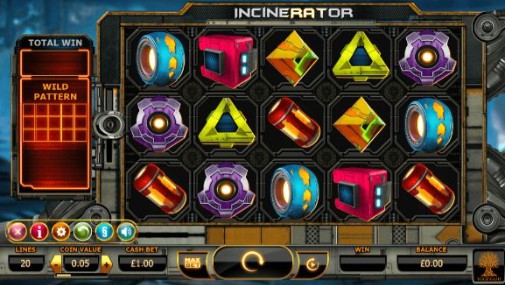 Enter a futuristic dystopia in Elk Studio’s Kaiju Casino Games, where defeating giant reptile looking creatures will save the planet and come with many generous payouts. Players will be helping the brave girl name HA-42 (perhaps part droid). An eerie empty dark street appears through the reels with blinking signs and hovering mist. Symbols are of gems coloured ruby-red, sapphire-blue, and emerald-green, a Wild, a HA-24 Scatter, and special credit cards of the same gem colours. The war to stop the end of the world is waged across 5 reels, 3 rows, 7,776 payways, a 96.3% estimated RTP, and a wagering span between 20p and £100. Elk Studios also has bet strategies that can be set for optimized expectation on winnings and gameplay. 3 or more HA-42 scatter symbols launch the Bonus where she faces-off again 1 of 3 alien-monsters (also red, blue, and green) over 7 Free Spins. These battles can award sticky or changing Wild symbols, as well as expanding reels for more win combinations. Defeat the head monster Kaiju and you will be awarded an incredible 130,440 coin win. That seems like a fair enough reward for saving the entire world. 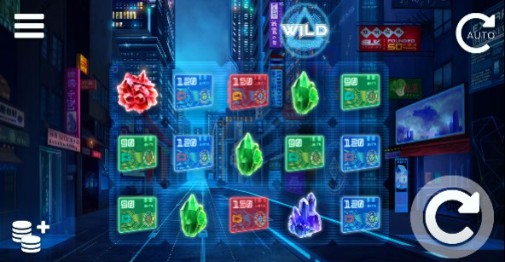 All these Top 5 Dystopian theme UK Casino Games can be discovered at KongCasino.com. To recap the countdown, there is: Lost Vegas, Aliens, Mars Attacks!, Incinerator, and Kaiju.