The Best 5 Online Slot Games to Play on Mobile

Whether you’ve been playing online slot casino games for years and years, or you’ve just been introduced to the fun and thrills only recently, one thing cannot be denied by players of all kinds. And that’s the fact that for a game to be truly legendary, it has to be playable on mobile! We de everything on mobile now, from watching your favourite TV show to banking. So why should playing online slots be any different? In this blog, we’ve rounded up 5 of the best UK online casino games for you to play and enjoy right here at Kong Casino. Read on to find your new, mobile-responsive faves...

Ancient Fortunes: Zeus Online Slot is a joint collaboration between Microgaming and Triple Edge Studios. It’s a pretty new release, coming out in April 2019, so it’s definitely modern enough to benefit from super slick visuals and smooth gameplay on any mobile device, be that mobile phone or tablet. We’re getting off to a great start. Obviously inspired by Ancient Greece, let’s take a look at what numbers are backing the game up. 5 reels, 3 rows, 10 paylines, Bet from between 10p and £70 per spin and RTP 96.02%. Just like the Ancient Greeks had a pantheon of gods, so players of Ancient Greece: Zeus have a whole load of bonus features to choose from. The volatility of the slot is in the medium range, and the 96% RTP is fairly average, so it’s the added extras that really bring this game up to speed with its contemporaries in terms of winning. There’s free spins, an avalanche feature and a rolling reels extra which means that you can win both ways. Let’s take a look at some of these extras in a little more detail. If you land Zeus’ lightning bolt, you’ve hit the scatter, and that is what triggers the free spins - 10, 15 or 20 to be exact. But what about the avalanche feature? Well, that’s all about retriggered respins but this time they’re beefed up by progressive multipliers. The best part? Well, you stand to win up to 1399 times your bet if you strike it lucky! For a mid-volatility game with a reasonably narrow betting range, these added extras ramp up the excitement in a game that turns out to be just as heavenly as the gods that inspired it. 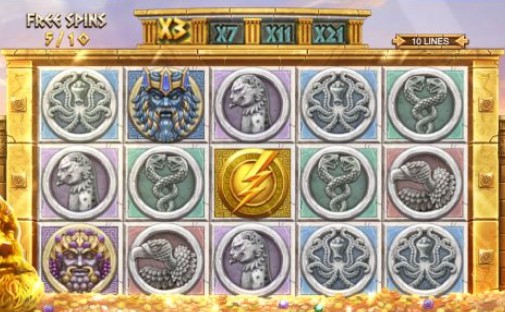 The hunt is truly on, and it’s in the exotic continent of Africa. But we’re not hunting big game with our number 4 pick in our rundown of the best slot games to play on mobile. It’s Eyecon’s Stampede and it’s about to run all kinds of big wins into your wallet. Let’s take a peek at the vital statistics that back this big game up: 5 reels, 3 rows, 243 ways to win, Play from between 35p to £50 per spin 2%. The first thing we have to mention when it comes to Stampede UK Slot, is the graphics. All the animal characters are rendered in beautifully high definition 3D and the setting sun lends a warm orange glow to the gameplay. Now, on to the gameplay! The betting range may look a little narrow at first glance, but don’t forget, this is a 243 ways to win game so your opportunities are ripe for the picking. There’s also a whole bunch of added extra features that further bump up your winning opportunities. Plenty of free spins abound, and they’re subject to multipliers too - check! There’s also a free game bonus that crops up too, and that’s packed full of chances to win. The elephant is the scatter and and if you land him 3, 4 or 5 times across the reels then you’ll trigger the game. You’ll nab a cash prize and a multiplier of between 5 and 50x your bet, then you’ll get another set of free spins and a multiplier for your time. African safari themed games are pretty much everywhere but this effort from Eyecon really takes things up a notch. 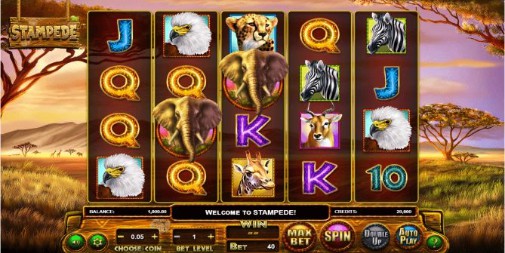 One of the greatest renaissance painters of all time, Leonardo Da Vinci, is the inspiration for this online slot casino game from Pragmatic Play. The mysteries of his painting are unlocked and form the basis for this adventure, as we try to find his treasure. So, how does Da Vinci’s Treasure Online Casino stack up as a game? Let the numbers do the talking: 5 reels, 3 rows, 25 paylines, Betting range is between 25p and £125 per spin and RTP 96.53%. Unfold your map and get ready to discover the hidden treasure Da Vinci has to offer! And that could be pretty sizeable treasure as this is a highly volatile slot, so if you’re patient, the wins are big and ready to fill your wallet. Plus, Pragmatic have long had a reputation for great design and they really do the renaissance master justice! There’s also a couple of special bonus features that are worth mentioning. Open up the treasure map feature and you’ll spin the wheel to move along to board to win rewards, as juicy as up to 100 x your bet! You can also trigger 12 free spins with multipliers attached to each spin. Oh, and you can retrigger the free spins too, which means that you stand to pick up 60 free spins and a multiplier of up to 60 times your bet, Throw in the prize picker round where you get to unveil a cash prize, then we guarantee that there’s some serious treasure heading your way. 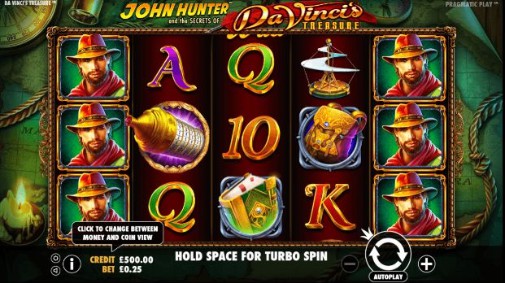 Will the luck of the Irish be with you? Well, if you take a punt on our number 2 pick then it very well could be! That’s right, Pragmatic Play’s Leprechaun Song UK Casino, packed full of lucky Irish symbols and rendered beautifully on any and all mobile devices, is here to give you some of the charm of the fair Emerald Isle. So, what are the lucky numbers you’re playing with? Let’s take a look: 5 reels, 3 rows, 20 paylines, Play from between 20p and £100 per spin and RTP 96.4%. We could talk about this slot for ages, to be honest. Why? Because it looks great, you can play it comfortably wherever you go and Pragmatic Play really spoil us with a whole boatload of added bonuses. There’s a lot of ground to cover here, so let’s take a look at those additional opportunities to win. The pot of gold is the scatter and if you spin that gleaming pot on the first, third and fifth reel then you’ll get one of three random bonus casino games. There’s the standard bonus game, which gives you 10 free spins and a 2 times multiplier and an extra wild symbol. Onward to the giant symbol, which takes the shape of a 3x3 symbol that takes up major space on the reels and gives you greater chances at winning combos. Then there’s the coin collector round, which gives you 15 free spins and if you bag yourself 5 gold coins then you’ll add 5 further spins and another multiplier! Deep breath, there’s more! The pick a fiddle game lets you choose between five fiddles, under which is hidden a further cash prize. Let’s face it, with a game this packed with added extra, the luck of the Irish is destined to be on your side! 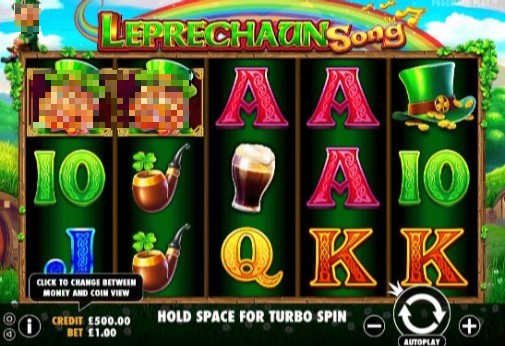 Here’s number 1 and it’s the second appearance by Eyecon. The biggest twist in their most famous franchise, it’s Fluffy Favourites Jackpot Casino Game! This one really sets itself apart from the rest of the franchise and offers something really exciting. As well as being compulsively playable across all mobile devices! So, what do the stats say? 5 reels, 3 rows, 25 paylines, Bet from 1p to £50 and RTP 89.9%. The design of this sits along the same theme as the original Fluffy Favourites game, but rather than being a simple change of theme and symbols (as with some of the other Fluffy franchise games), and instead they’ve transformed the franchise into a jackpot game. The aim is to build the jackpot up as you go. So when you win a spin, it all builds that final jackpot, until you strike it lucky and hot the big win. Now, while it may not be a traditional spin and win game, Eyecon have been sure to add in some bonuses for the thrill seekers to enjoy! Land 3 of the claw symbols and you’ll start up the toy box game. You’ll then be presented with a selection of fluffy toys. When you choose one, you’ll reveal a multiplier of the jackpot. So land as many claws as possible to ramy up those wins. They may look cute, but these fluffy friends mean business!