Centurion is an Ancient-Rome-themed slot launched in July 2015 by Inspired Gaming. This slot game features 5 reels, 3 rows, and 20 paylines and boasts various bonus features, including random reel modifiers. Centurion has an RTP of 95% and is a medium volatility slot with a potential maximum win of up to 1,250x your wager.

Ancient Rome has always been known for its innovations and impressive army; explore the latter in the Centurion slot game launched by Inspired Gaming in 2015! This 5x3 layout slot will take you on an adventure following the journey of a Roman soldier as he goes through the ranks to become a Centurion.

Although it's a 95% RTP slot, slightly below the industry average, Centurion has attracted countless players worldwide. It remains a popular slot despite several notable releases popping up since 2015. Perhaps this is because of the numerous modifiers and bonus features in the Centurion slot game. Not to mention, the potential maximum payout of 1,250x your wager certainly helps!

If you're interested in giving the Centurion slot game a go, check it out here at Kong Casino. We've got a wide selection of exciting online casino games, including slots and other games like Roulette, Blackjack, and more. Continue reading this detailed Centurion review to find out all you need to know about this slot game.

How To Play Centurion

As some of you may already know, skilled Roman soldiers were known as 'Centurions' back in the day. So that's where this slot's name originates, showing you the might of the Centurion and Rome's army.

The number of possible winning combinations is 20, and with a 5x3 layout, the Centurion slot is simple to understand. To get started, you have to decide on a wagering amount; it can be as low as £0.20 and as high as £25. Once you've chosen the amount you want to wager, click the Spin button to set the reels into motion.

A winning combination is formed when you land 3 or more matching symbols on an active pay line (starting from the leftmost reel).

Furthermore, the Centurion slot game allows you to make the most of several bonus features, which we will discuss below. The maximum possible payout you can win on this slot is 1,250x your wager.

The bonus features in the Centurion slot game will catch the eye of most slot games players, and for a good reason too. Not only can these features have the potential to award sizeable wins, but they may also activate mini-games to make your experience even more exciting! The bonus features you can expect to encounter in Centurion are:

Prizes on Parade: This feature lets you click the 'Stop' button to get the light to land on one of the 3 shields shown. Behind the shields are multiplier prizes, arrows, and a 'Collect' option. This mini-game will continue until you hit the 'Collect' shield.

Road to Rome: Road to Rome is another fascinating mini-game in the Centurion slot game. It features a board-game interface where you must roll dice to land prizes. Although this feature ends when you run out of dice rolls, you can obtain additional rolls during the feature by landing on positions with a dice icon. If you end up 'Going to Rome', you could be in for a treat!

Caesar's Free Spins: The Caesar Free Spins feature allows you to spin 2 wheels to determine how many multipliers and free spins you'll receive. A new set of reels will appear, where you play out your Free Spins.

Wild Power Spins: This bonus feature gives you 3 extra spins. In the first one, reel 2 is wild. In the second one, reels 1 and 2 are both wild, whereas, in the third one, all 3 of the reels are wild.

Reel Modifiers: Four reel modifiers exist in the Centurion slot game that can trigger at any point with the blow of the Centurion's horn. These are random, and you should keep an eye out for them to possibly land some big wins.

Centurion has an RTP of 95%, slightly lower than the industry average. However, winnings are not only determined by RTP, as volatility also plays a big role.

Centurion's volatility is medium, so in theory, it means that wins are likely to be relatively frequent and of moderate size.

The theme of the Centurion slot game takes you back to ancient Rome, with well-designed symbols and graphics catching your eye as you embark on your quest. Some symbols you can expect to encounter are a Centurion helmet, a shield with crossed swords, a coin, 2 Centurions handling a carriage, and the Centurion logo.

Although this slot was developed and released in 2015, the graphics are great and can easily compete with the graphics of modern-day slots.

Centurion is not a simple, boring slot. The truth is that it's innovative, entertaining, and full of exciting and potentially generous features while betting as low as £0.20!

Sure, the RTP may only be 95%, but you should also know that Centurion was nominated as the 'Game of the Year' at the 2015 EGR Operator Awards.

You can play Centurion at Kong Casino and see what the hype is all about!

What is the RTP of Centurion?

Can you play Centurion on a mobile phone?

Yes. Centurion is mobile-optimised and can be played on iOS, Android, tablets, and desktops.

What's the volatility of Centurion?

Centurion is a medium volatility slot.

What's the minimum bet on Centurion?

The minimum bet you can place on Centurion is £0.20.

Can you win real money on the Centurion slot game?

Yes. Centurion is a real money slot available to play at licensed and regulated online casinos, including Kong Casino. 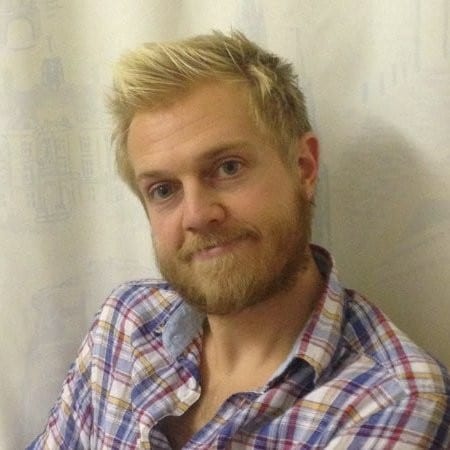